A Regimental History in the Grand Tradition

The histories of regiments produced during the lifetimes of veterans that fought the Civil War stand as a memorial to their service. These volumes range from basic timelines and rosters to compilations of personal accounts and gripping narratives of life in camp and on campaign. 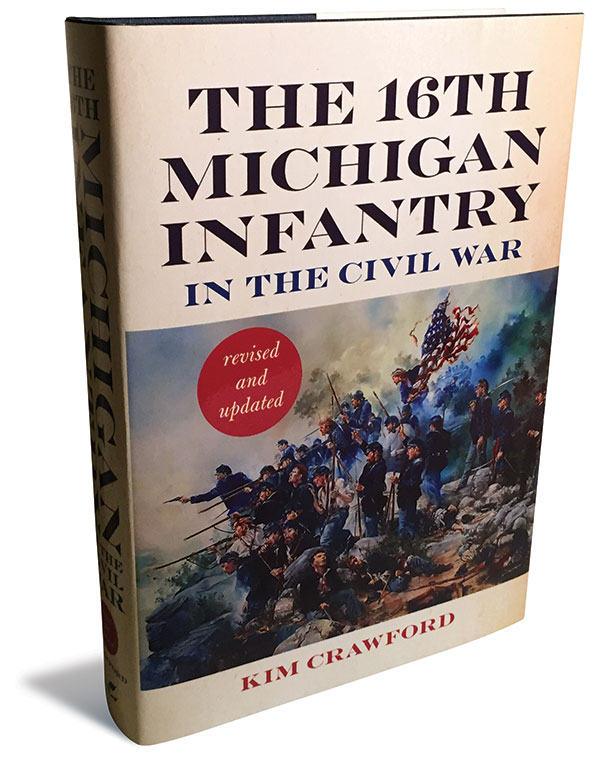 The 16th Michigan Infantry in the Civil War falls into the latter group. The regiment is largely remembered for a singular event—breaking at Little Round Top during the Battle of Gettysburg. The experience has left a mark on the regiment’s reputation never fully erased. Lost in time are the intricacies of the regiment: Its character and characters. Its long service with the Army of the Potomac. The code of silence about Little Round Top.

Author Kim Crawford expertly weaves together primary sources, including letters, journals, memoirs, newspaper reports and other documents to tell the story of these Michiganders. He does it with the skills gleaned during his career as a newspaper reporter. This volume was first published in 2002 by Morningside Press, which explains the “revised and updated” label on the book jacket.

The 16th Michigan Infantry is a regimental history in the grand tradition—a thoroughly researched volume that captures the character of those who served in its ranks.

One never tires of studying the wartime photographs of Atlanta made by George Norman Barnard. The Connecticut Yankee and daguerreian pioneer’s views of the city and its environs stand as one of the great visual documents of the Civil War. 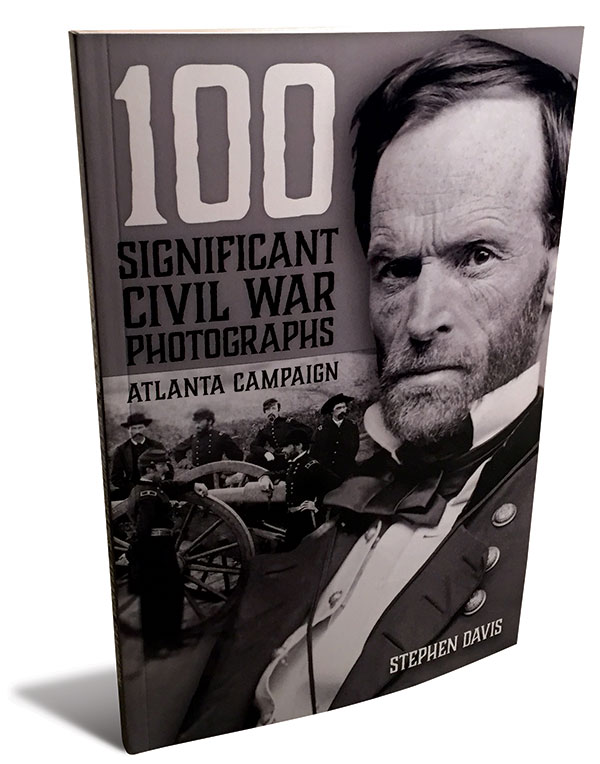 Atlanta native and author Stephen Davis presents a survey of some of the best images in the Barnard series with his new book, 100 Significant Civil War Photographs: Atlanta Campaign. Davis kicks off the black-and-white volume with a biography of Barnard that mentions a Union officer often overlooked for his connection to the photographs: Orlando M. Poe.

In other words, make photos.

Barnard did exactly that. Davis organizes the images into six sections: War Scenes, Barnard Under the Microscope, Confederate Fortifications, Federals in Atlanta, Atlanta Scenes and Wrecking Atlanta. The Microscope section is the most entertaining. Here, Davis focus on details of images, with enlargements that show signs and posters on buildings and elsewhere.

Each image bears a caption. Davis observes, “Despite the ubiquity of Barnard’s photographs, the scholarly literature on them is actually juvenescent. In some cases we are still trying to figure out  (and agree upon) his Atlanta views.” This book adds to the collected knowledge.

Hold My Horse Imparts the Wit and Wisdom of Gen. Richardson

The overwhelming number of men who fought the Civil War possessed little knowledge of the military arts when they enlisted. These citizen soldiers came of age in an era of militia companies that were largely fraternal and heavy with pomp and circumstance. 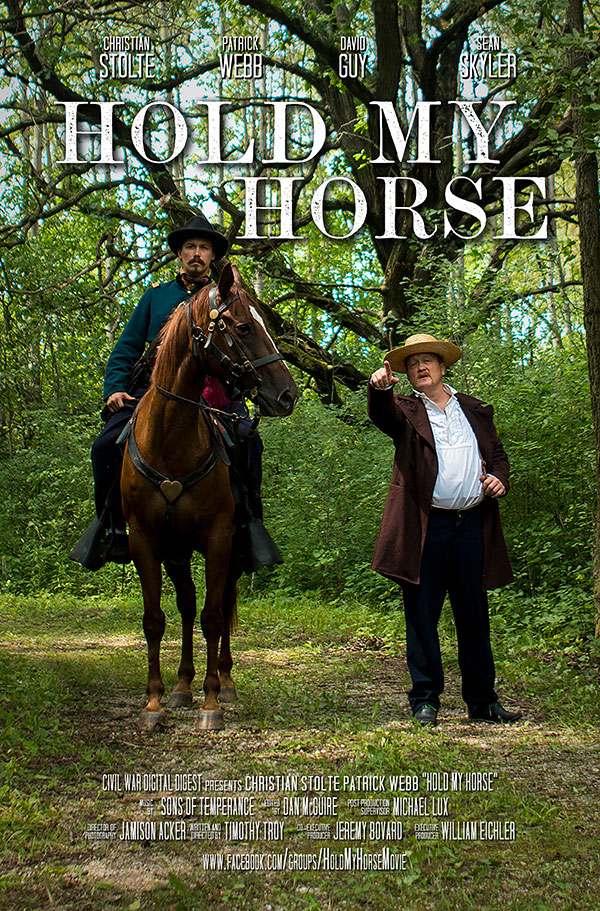 On the other end of the spectrum stood a small group of professionals: U.S. Military Academy graduates who participated in the Mexican War.

The second-named group includes Israel Bush Richardson, a West Pointer who earned two brevets for his actions in Mexico. During the Civil War, Richardson’s casual dress and relaxed manner made him popular with everyone, from the soldiers in the ranks to his subordinates. (Think Zachary Taylor and Ulysses S. Grant.)

In Hold My Horse, a new movie from Look Around You Ventures, LLC, the humble general is remembered for a lesson he imparts to a pompous young lieutenant. This short film—less than nine minutes—is based on an account by Daniel Crotty, a color sergeant in the 3rd Michigan Infantry who ended the war as second lieutenant of the 5th Michigan Infantry. The well-written script captures the events in realistic language and is not plagued by platitudes and backstory that can bog down storytelling and make characters appear wooden and distant. Set in Virginia during the spring of 1862, the pragmatic Richardson, (Christian Stolte of Chicago Fire and Public Enemies) has a bit of fun at the expense of the overbearing and arrogant Lt. Henry Crowley (Patrick Webb) in service of teaching the young officer an object lesson in respect and dignity. Richardson’s able Lt. Ambrose (Sean Skyler) and others help the general set up the teachable moment for the unsuspecting Crowley.

Respect and dignity lie at the core of the story. Richardson plays the teacher who passes along his wisdom. Months after this little wartime episode, Richardson dies from complications following his wounding at Antietam. And, with his passing, the Union army lost a fighting general and an American who lived by the Golden Rule. Whether or not Lt. Crowley benefitted from the general’s sagacity is left for us to ponder. The film may leave some watchers, this reviewer included, to reflect upon their own values.

Bravo to all involved with this film for a story well told.