When the fledgling Confederate government formally announced the officers appointed general in the regular army, one name topped the list.

It was not Bobby Lee or Joe Johnston, but rather Samuel Cooper.

Cooper had previously enjoyed a sterling reputation as colonel and head of the Adjutant General’s Office in the U.S. War Department. Appointed to the position in 1852 by President Millard Fillmore, the New York-born Cooper served leaders at the highest government levels with his characteristic courteous and self-effacing manner. Cooper formed a warm friendship with Jefferson Davis after the Mississippi senator was appointed Secretary of War by Fillmore’s successor, Franklin Pierce, in 1853.

Davis later discussed his working relationship and impressions of Cooper when they worked together in Washington. “My intercourse with him was daily, and as well because the purity of his character as his knowledge of the officers and affairs of the army, I habitually consulted him in reference to the duties I had to perform.”

Davis was especially touched by one trait. “I never, in four years of constant consultation, saw Cooper manifest prejudice, or knew him to seek favors for a friend, or to withhold what was just from one to whom he bore reverse relations. This rare virtue—this supremacy of judgment over feeling—impressed me as being so exceptional, that I have often mentioned it as a thing so singular and so praiseworthy that it deserves to be known by all men.”

At some point during this period, he posed for the albumen profile portrait, right, dressed in a modified uniform coat with military buttons. The image’s only published appearance occurred as the cover of the February 1906 issue of Confederate Veteran magazine, one of two similar views made by the studio of Mathew B. Brady. The other portrait is also pictured here.

In March 1861, Davis tasked Cooper with organizing the Confederate army. “The experience and special knowledge of General Cooper was, under these circumstances, of incalculable value,” Davis declared. “If he would consent, while his juniors led armies in the field, to devote himself to the little attractive labors of the Adjutant-General’s office—if he would consent? They little knew the self-sacrificing, duty-loving nature of Cooper, who did not anticipate his modest request ‘to be employed wherever it was thought how might be useful,’ and with unrelenting assiduity he applied himself to the labors of the Adjutant-General’s office.” 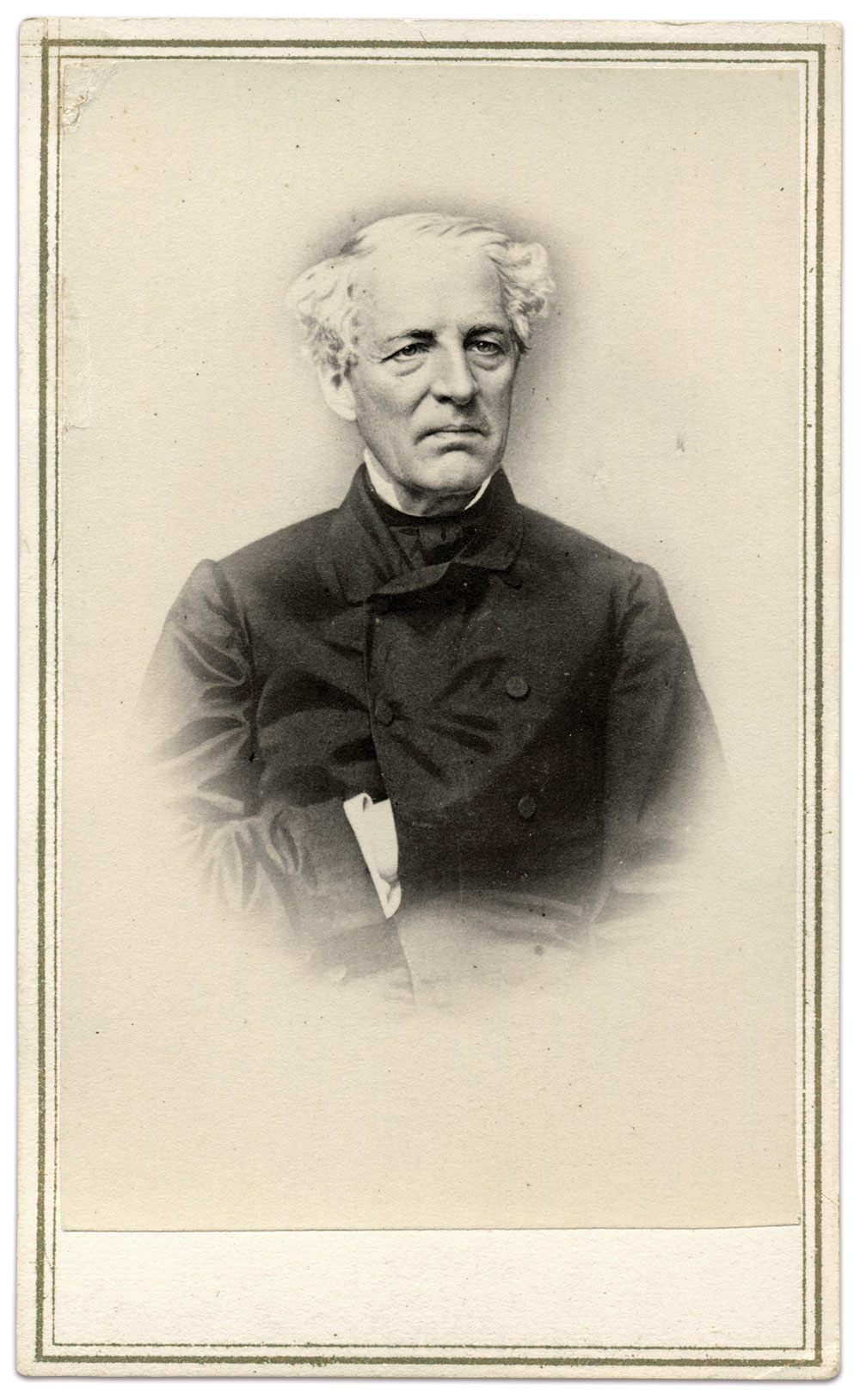 The position suited Cooper for another reason. At 63, the rigors of camp and campaign might have been beyond his physical endurance. The last time he had held active field command was in the early 1840s during the Seminole Wars. The New York Tribune seized on his lack of experience in an editorial published after the announcement of his appointment as full Confederate general. “General Cooper never saw a battle, and except for a few months, 45 years since, never had the actual command of a man, much less an army.”

The point was moot. The generals in the second and third spots, Joseph E. Johnston and Robert E. Lee, had plenty of experience. And, they proved their fighting qualities over the next four years.

Cooper served behind the scenes as the most senior general through the life of the Confederacy. He fled Richmond on April 2, 1865, with Davis and other members of the cabinet. Davis recalled their parting: “He took with him such books and papers as were indispensable, and although worn down by incessant labor, never relaxed his attention to the functions of his office until disease compelled him to confess his inability to continue the retreat. The affection, honor and the confidence with which I regarded him made our parting a sorrowful one, under circumstances so hard for us both.”

On May 3, 1865, he surrendered to federal authorities in Charlotte, N.C., and turned over masses of papers—the official records of the Confederate government. Historians consider these documents as some of the most important primary source material to survive the war. Union troops captured Davis in Georgia a week later.

John O’Brien of Charles Town, W.Va., is a retired journalist and historian from the University of Connecticut, and a contributor to MI.