I well remember my first encounter with Roger Hunt at a Civil War show in the early 1990s. I happened upon him as he stood, staring with what struck me as professorial curiosity, at a carte de visite of a Union officer. To his left, an eager collector waited expectantly. The unassuming, gentle-mannered Hunt asked a question, and the two began to talk. I drifted away and circled back later to find Hunt engaged with another collector. 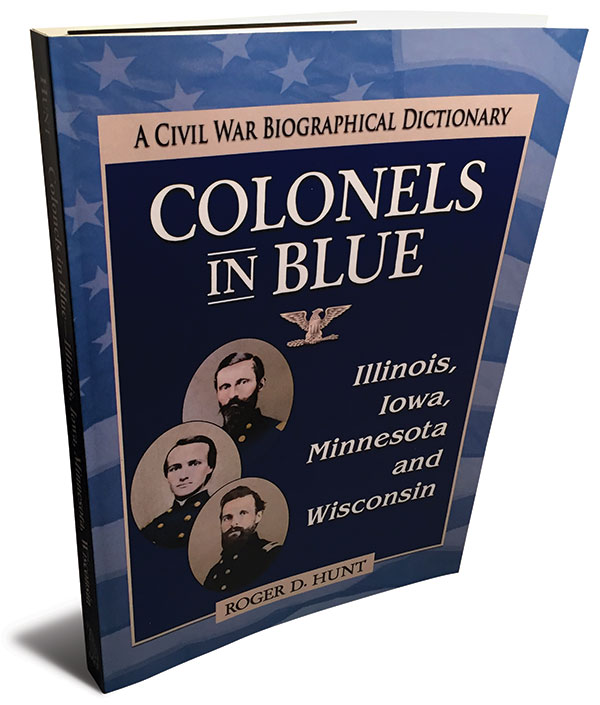 I later learned Hunt’s name and about his reputation. His knowledge of Union officers and his uncanny ability for facial recognition had earned him widespread respect within the collecting community and other Civil War circles.

Hunt then turned his attention to cataloging colonels in a multi-volume biographical dictionary. The latest result: Colonels in Blue: Illinois, Iowa, Minnesota and Wisconsin.

The series began in 2001 with the New England states. Over the last 16 years, colonels in 21 states and the District of Columbia have been documented. The sixth and latest volume follows the lead of its brother books. Colonels in Blue is meticulously researched and illustrated with original portraits.

This book, and the other five in the series, is an indispensable research tool for any serious student of the Civil War.

Colonels in Blue also represents the tangible result of the dedication and commitment of a modest man to remember citizen soldiers who attained high rank in the Union army.