One of the greatest aspects of collecting and studying Civil War images is to glimpse into the lives of soldiers who fought. They give us a plethora of areas to explore, including the weapons they carried, the uniforms they wore, the photographers who captured the images, and more.

A less-traveled path is an exploration of the ways soldiers conveyed their masculinity through photography, and how their childhood experiences shaped them. These experiences impacted how they expressed their manhood in the photographs they left behind.

In the mid-19th century, the definition of manhood and masculinity varied. In the North, there existed complex, multiple understandings of manhood due to social diversity resulting from new class structures that accompanied a rapidly modernizing industrial society.

A common understanding of behaviors perceived as boyish or manly marked all these definitions. Boys were viewed as possessing enthusiasm and aggression, but lacked self-control and judgment. They had a brutish nature about them. Parents and other influential adults sought to teach them the life skills they would need as men through labor. During the Civil War years, the military provided a new opportunity to turn boys into self-disciplined and mature men. 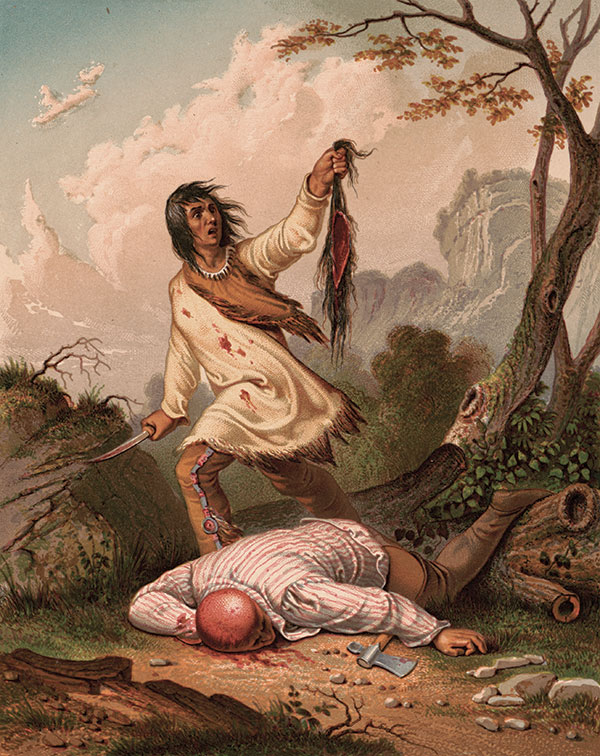 Common games played by boys, including marbles, tug-of-war and tag, developed physical strength and mental skills. War games allowed them to let loose their physical aggression. Some played “Indians and Settlers,” with the boys oftentimes wanting to play the role of Indians because they believed stereotypes that portrayed them as more aggressive and barbaric—and therefore more fun to imitate. Other boys joined community-sponsored junior militia companies and fought mock battles to “kill” enemies. Politics became another place for boys to grow. They participated in rallies and other activities, and, in some cases, were encouraged to fight youth supporters of opposing parties.

These activities became prominently featured in their lives as Civil War soldiers. Evidence suggests that young men compared themselves to what they considered primitive peoples. Capt. John William DeForest of the 12th Connecticut Infantry noted in an essay about the Siege of Port Hudson published in the August 1867 issue of Harper’s New Monthly Magazine that Civil War soldiers passed their time pretending to be like the Indians they had played as youths. DeForest recalled how, as he crawled across a hill shot at by Confederates, his thoughts ranged from expecting to be shot in his spine to “Cooper’s most celebrated Indians.”

Boys respected traits such as size, strength, speed and endurance. There were, however, more subtle traits they respected as well. Chief among them was courage, understood as the ideal way to conduct one’s self in times of emotional stress. They also respected and valued the ability to suppress fear and pain openly. In one game, boys hit each other with a hard ball, and the stricken child could not flinch as the blow flew or cry out after it was delivered. One child remembered how five other kids who threatened them with violence surrounded him and his cousin. Rather than show fear, one of the two boys picked up a stick in one hand and balled his other into a fist. This demonstration of fearlessness caused the other group to back down and leave. The boy remembered this lesson into manhood, and compared it to the many times he did the same thing during the Civil War.

Loyalty was another important trait. Boys demanded allegiance between friends and from groups to which they belonged. The ultimate test of loyalty occurred with the defense of friends. In one recorded case, a teenager came to the defense of his cousin and was beaten badly by another larger and stronger boy. In the group setting, the test became the defense of the group from outsiders. This trait was critically important in a military setting.

When the Civil War broke out in 1861, the young men that joined the Union Army took these childhood lessons and applied them to maturing concepts of manhood. They viewed manhood as more of an achievement rather than an innate quality manifest in biological males.

There were then two general classifications of manhood in the Union Army. The restrained man valued faith, family, and business success. The martial man rejected the moral standards and economic success of the restrained man in favor of physical domination.

They viewed manhood as more of an achievement rather than an innate quality manifest in biological males.

These types tended to conform to rank. Officers most often embraced the restrained class, while non-commissioned officers and enlisted men dominated the martial class. Though different forms of manliness, courage stood at the near center of both classes—with combat being the litmus test. These soldiers were expected by comrades to uphold their manliness until the end of their lives or the war. Private Joseph Putnam of the 55th Illinois Infantry, for example, who had suffered a mortal wound, refused to cry out for help. Instead, he sang a song until he died. This act was interpreted as an example of manliness in the face of death.

Throughout childhood, boys were expected to uphold certain values and traits on their way to becoming men. When the Civil War broke out, they brought those lessons into the soldiering world and expressed their view of manliness through portrait photography.

The following examples of restrained and martial portraits are part of the Liljenquist Family Collection at the Library of Congress.

This first lieutenant conveys an expression of pensiveness, suggesting a reluctance to draw the sheathed sword in his lap, though his uniform signals his decision to fight.

Lieutenant Jacob A. Field of the 12th Maine Infantry stands with his sword out of the scabbard, a hint of his martial bearing. Yet, the placement of hands over the grip and pommel and its position below the waist diminishes its importance, reinforcing he eschews the tools of war embraced by the martial man.

A captain cradles his sword in its scabbard, a common pose in officer portraits. He did not feel the need to express his masculinity by showcasing a miniature arsenal.

Not all restrained men were officers. Private Raymond Gouse, of the 22nd Pennsylvania Cavalry sits with a stoic look on his face, as if bracing for what is to come. Captured at Lost River Gap, W. Va., in May 1864, he succumbed to disease at Andersonville Prison five months later.

This cavalryman uses a Burnside carbine and saber, and a pistol tucked into his belt, to convey aggression and ferocity. Executive Editor Rick Brown notes that this portrait is one in a group of images of similarly posed troopers, two of whom served in the 2nd Indiana Cavalry.

This citizen soldier displays the tools of his wartime trade. The satisfaction of showing friends and family just how military they were was very appealing, no matter whether the weapons belonged to them or were provided by pard or photographer.

A trio of soldiers projects masculinity with edged weapons and a revolver.

Not all martial men were in the ranks. This officer drawing the sword from its scabbard demonstrates he is ready to use violence and force to protect the Union.

This study is adapted from “How Big Did We Feel!: Masculinity and Union Civil War Photography” a paper in fulfillment of American Cultural History a Graduate Seminar, May 2020.

References: The Story of the Fifty-Fifth Regiment Illinois Volunteer Infantry in the Civil War 1861-1865; Foote,The Gentlemen and the Roughs: Manhood, Honor, and Violence in the Union Army;Linderman, Embattled Courage: The Experience of Combat in the American Civil War; Rotundo, American Manhood: Transformations in Masculinity from the Revolution to the Modern Era.

Austin Sundstrom began collecting Civil War images in 2006 after his uncle, Karl Sundstrom, took him to the Wheaton Civil War Show. Since then, Austin has developed a deep passion for the hobby and the history of the war. His areas of interest include Illinois regiments in the Western Theater, specifically the 55th and 74th Illinois Infantry and the 4th Illinois Cavalry. Austin recently earned a Master of Arts in Public History from Loyola University Chicago and looks forward to continuing his Civil War pursuits professionally.