The Granite State provided caps distinctively marked “NHV” to volunteers at the start of their enlistments. It is safe to assume the New Hampshire boys, wearing their new caps and state-issued uniforms, hurried off to photography galleries to have their likenesses taken—making sure to show their home state pride by revealing the tops of their caps to the camera. 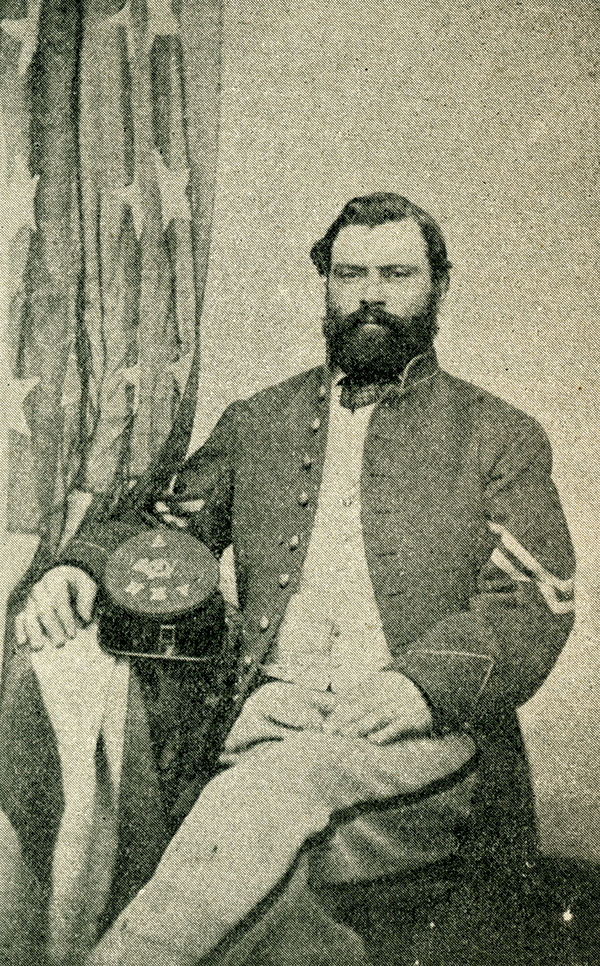 The caps provided by New Hampshire had a bound visor and quilted lining. Compared to federal issue forage caps, they were of better quality and durability. No doubt they highly appealed to the Victorian American man, who was very conscious about the status indicated by what was worn on the head.

The state also provided special insignia for this upgraded headwear. The infantry horn was of the typical simulated embroidery style but with silver finish. The NHV letters and regimental numerals were also silver or silver-plated, with the letters measuring 5/8-inch and the numerals less than ½-inch. (U.S. regulations specified 1-inch letters and ¾-inch numerals all in brass). Based upon my studies of the images and original caps, the silvered horn insignia is sometimes absent or has been replaced with the government-issue brass version, perhaps due to a supply problem.

Seen here, an original worn by Cpl. John C. Blake of Company A, 15th New Hampshire Volunteers has all the proper silver insignia. I recall finding only one other pristine example since the publication of my 2002 book, U.S. Army Headgear 1812-1872, with co-author John P. Langellier.

Some may have kept their NHV caps well into the war, or sent them home for preservation. But I doubt that most of the original issue headgear made it through the conflict. As the war dragged on, Uncle Sam picked up the tab for replacement uniforms and equipment—made according to U.S. regulations and supplied by government sources—and the state caps gradually disappeared. I believe they were seldom seen after mid-1863.

Though a minor part of the story of Civil War uniforms, they loom large in the world of Civil War images. More than a century-and-a-half after they were issued, the NHV letters never fail to catch the collector’s eye.