The casual observer of Civil War portraiture likely understands that early war Confederate uniforms comprised a hodgepodge of styles. Author Ron Field’s new book, Uniforms of the Union Volunteers of 1861: The Mid-Atlantic States, illustrates that Northern dress was equally disparate during those first months of the war. The variety of dress might surprise even the dedicated militaria student. 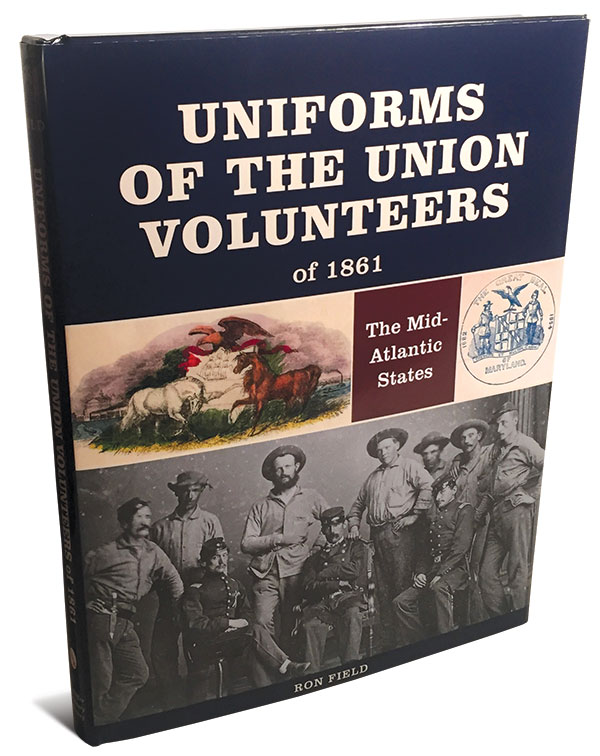 The book is richly illustrated with period cartes de visite, ambrotypes and tintypes, engravings and other artwork. Modern photos of surviving uniforms, caps and accouterments are also included. This variety of imagery visualizes Pennsylvanians, New Yorkers, Jerseymen, Delawareans, Marylanders and soldiers from the District of Columbia in all their early war glory: Plumed helmets, gray frocks, Zouaves of all stripes, white cross-belts, plastron-front jackets, and much, much more.

Field explains that Zouaves were particularly well represented—a total of 18 regiments from Pennsylvania and New York. Others wore French-style chasseur uniforms. A number of other regiments were clad in gray—a popular choice before war divided the country—due to a shortage of cloth of the desired military blue.

Recognized as a leading authority on Civil War uniforms, Field, an MI Senior Editor, has written more than 30 books and numerous stories about 19th century military history. This new edition is the second volume in the series, which follows the New England states.

Mid-Atlantic States represents another feather in Field’s cap—or a plume in your shako—and belongs in the reference library of any serious student of material culture.