On Saturday, May 28, 1864, in the hamlet of Argyle, N.Y., a father received a letter from his son. William Hawkins, Sr., replied the same day to his son and namesake, a cavalryman stationed in Virginia.

In his return letter, the elder Hawkins fretted over his son’s health, expressed a desire for his safe return home and shared the news of a neighbor that had been recently taken prisoner by the Confederates. He also articulated the express mail process for rural New York, describing how he would pass his own letter to a friend that worked at the meat market in the nearby village of Gansevoort, where a train would carry it south to Virginia.

If the mail system worked as expected, Pvt. Hawkins, currently campaigning in the Shenandoah Valley with his fellow troopers in the 15th New York Cavalry, would receive the letter.

The 15th had been organized less than a year earlier. Hawkins, then a 31-year-old farmer, bid his wife, Lucy, and his three young children farewell, and enlisted as a sergeant in Company B. The regiment left the Empire State in detachments throughout the fall. In January 1864, it joined the Department of West Virginia. About this time, Hawkins had his rank reduced for unknown reasons. 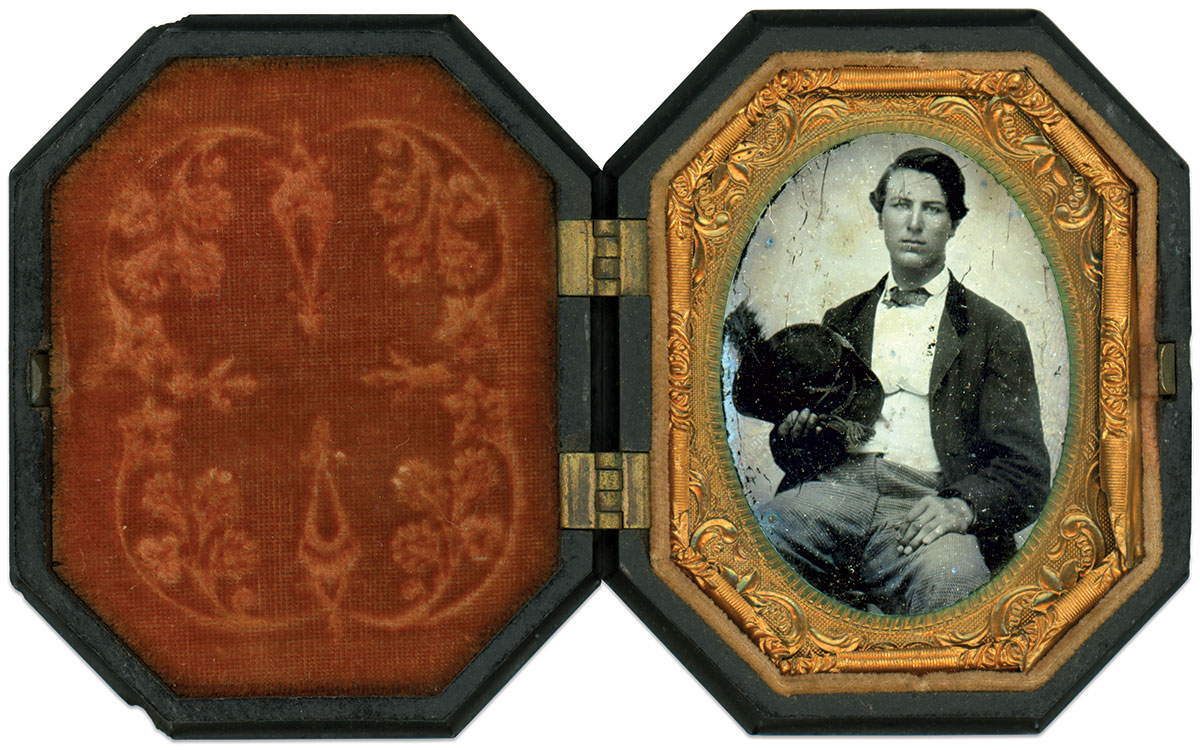 A few months later, in May, Hawkins and the rest of the 15th became frontline participants in the Shenandoah Valley Campaign. Lieutenant Gen. Ulysses S. Grant, overall commander of the Union armies, planned the invasion as one of three major strategic offensive operations into Virginia to expedite the demise of Gen. Lee and his Army of Northern Virginia. The other two major offensives involved Maj. Gen. Benjamin Butler’s advance on Bermuda Hundred, and Maj. Gen. George G. Meade’s Overland Campaign against Richmond.

Sigel’s operations in the Valley got off to a bad start in southwestern Virginia. On May 15 at New Market, his troops met Confederate forces, which included cadets from Virginia Military Institute. The regimental historian of the 15th summarized the battle: “The contest raged furiously nearly all day, neither side gaining the advantage, when for some unaccountable reason our forces were obliged to retreat with a loss of nearly 1,000 in killed, wounded and missing.” The New Yorkers suffered 21 casualties. Hawkins survived without injury.

The loss left the federals demoralized and Sigel out of a job. His replacement, Maj. Gen. David Hunter, rapidly resumed the offensive with scorched earth tactics. The 15th played its part on June 2 when Hawkins and his company rode in the vanguard as the regiment torched a woolen factory in Harrisonburg.

A few days later and 75 miles further south at Piedmont, Hunter’s men swept Confederates from the field and took more than 1,000 prisoners and artillery, and killed a Confederate brigadier, William “Grumble” Jones. The historian of the 15th stated that the fight “was a glorious victory and served in a measure to wipe out the disgrace of New Market.”

Hard campaigning took a toll on the 15th, which had been reduced to 300 troopers in the saddle by mid-June. Some of the men were without mounts, and continued on foot. In this condition, the regiment participated in the June 17-18 battle in and about Lynchburg—just 23 miles from the little-known village of Appomattox Court House.

Here, Hawkins and his comrades went up against well-entrenched Confederates, and rumors that massive reinforcements were en route from Richmond to reinforce the rebels. During the early fighting on June 17, in the present-day Diamond Hill neighborhood, Hawkins was killed instantly by a gunshot wound to the head. He became one of 32 casualties from the regiment.

Whether or not he ever received and read the letter from his father is lost in time. The Hawkins family mourned the loss of a son, husband and father. Lucy Hawkins applied for a pension to support her and their children. The government awarded it to her in October 1865.

“Hard campaigning took a toll on the 15th, which had been reduced to 300 troopers in the saddle by mid-June. Some of the men were without mounts, and continued on foot.”

The regiment’s sutler, James Sawyer, mourned him in a different manner, petitioning Hawkins’ officers for the payment of a $2 debt.

Although Lynchburg represented the closing battle for Hawkins, it marked the beginning of an arduous journey for Hunter’s army.

The retreat route was nothing short of a harrowing passage for the horseman and accompanying foot soldiers and wagons. The troops traversed grueling mountainous trails in Virginia, and into America’s newest state, West Virginia. Troopers moved westward around the clock on reduced rations, as no resupply was available. By the time the regiment reached Lewisburg, rations consisted of only what the troopers could forage, namely roots and berries. On July 7, the survivors of the 15th and the remainder of Hunter’s men arrived in Parkersburg, some 300 miles northwest of Lynchburg. From there they traveled to Harper’s Ferry to a remount camp where they refit prior to returning to the Shenandoah Valley—and eventually the surrender at Appomattox.

James Crane III is a lifelong historian and collector of the 15th New York Cavalry. He is a retired Army officer, and currently studies law at Fordham University in New York. He can be contacted at 15thnycavalry@gmail.com.