Marylanders In Blue Get Their Due

A wartime carte de visite of John R. Kenly pictures the Baltimore lawyer-turned-soldier dressed in a double-breasted frock coat and cradling a sword. A veteran of the War with Mexico, he received a colonel’s commission in 1861 and command of the 1st Maryland Infantry. 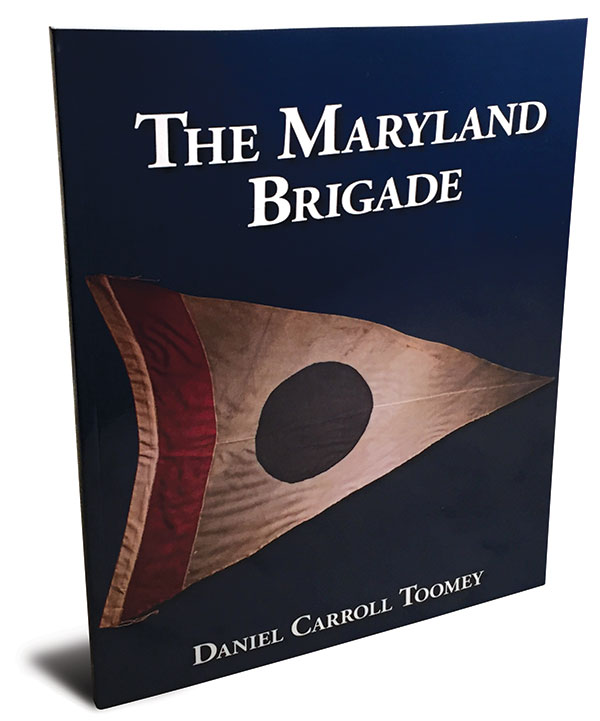 Most students of the Civil War might assume that Kenly served in the Confederate regiment of this name, a part of The Maryland Line—the well-known organization in the Army of Northern Virginia. This, however, is the other 1st Maryland Infantry—the Union regiment. It and three brother regiments composed The Maryland Brigade, which receives little mention in campaign studies.

Daniel Carroll Toomey sets out to correct this oversight in The Maryland Brigade. In the introduction to this volume, Toomey explains that writings by Confederate officers from The Old Line State have long dominated, giving “the impression that Maryland was a Southern State with very little sympathy for the Union.”

Toomey reveals the depth of patriotic fervor by loyal Marylanders through illustrations of weapons, equipment, photographic portraits, ephemera and other relics, amassed over a 40-year period. One of those portraits is of Col. Kenly, who suffered the capture of almost his entire regiment by Gen. Stonewall Jackson’s forces after a desperate fight in the Shenandoah Valley in May 1862. Wounded and captured in the same action, Kenly gained his release and was hailed a hero in Baltimore. He eventually rejoined the army and became a brigadier.

Kenly’s saga represents the resilience and fighting spirit of Maryland’s soldiers in blue. Readers of this volume will appreciate the author’s dedication and devotion to telling the story of the Union-loyal state. It may also be fairly said that Toomey has corrected an historic oversight.

Students of the Civil War may be surprised to learn about an intrepid company of well-trained women artillerists from Mississippi. According to a report printed in a New Orleans newspaper during the early spring of 1862, these women headed to the city to garrison a Confederate fort, thereby freeing men to fight advancing Union forces. 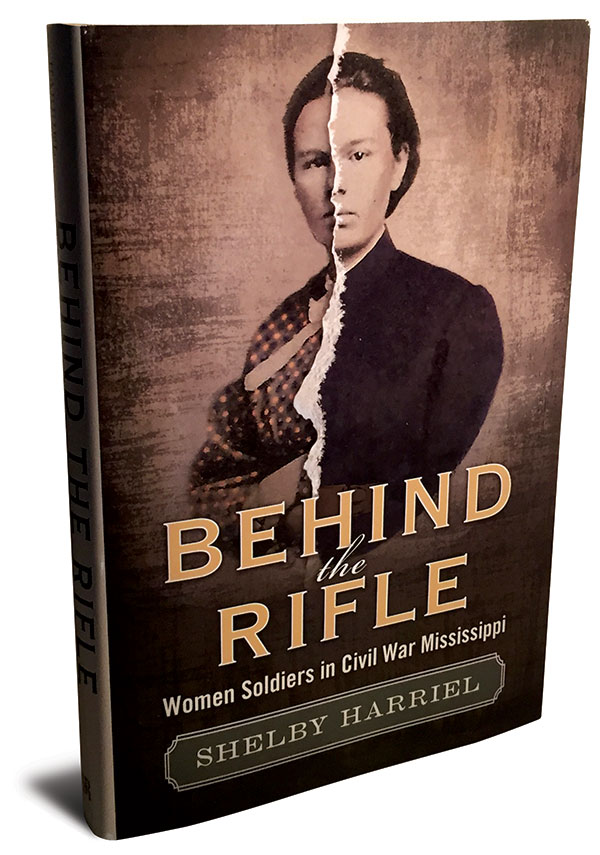 This is among the highlights of Behind the Rifle: Women Soldiers in Civil War Mississippi by Shelby Harriel. A college math instructor, Harriel has written and lectured extensively on Civil War women. In this volume, she traces women who hailed from Mississippi, and elsewhere, with a military connection to the Magnolia State. The author introduces previously undocumented female participants—20 by her count—and tells stories of familiar names, including Sarah Emma Edmonds, also known as Pvt. Franklin Thompson of the 2nd Michigan Infantry, and Kady Brownell, the Rhode Island vivandière who went to war with her husband, Robert.

The author dedicates eight of the book’s 13 chapters to the role of women in campaigns and engagements on Mississippi soil, from Corinth and Iuka to Brice’s Crossroads and Tupelo. Other chapters describe the motivations that prompted them to serve and the hardships they faced.

The descriptions of Mississippi women and their contributions are a tribute to the author’s considerable research skill. Readers will, however, not find photos of any of them, as evidenced by the book jacket, which is graced by an image of a Northern woman, Elizabeth Quinn, also known as Pvt. Frank Miller of the 90th Illinois Infantry.

Still, the book offers an excellent study of a little-documented subject. Behind the Rifle fulfills the spirit of the quote for the chapter about Mississippi’s women soldiers, “To Arms, Brave Girls!”