The list of officers who passed through Michigan’s Fort Mackinac in antebellum times on their way to becoming Civil War generals might surprise you. 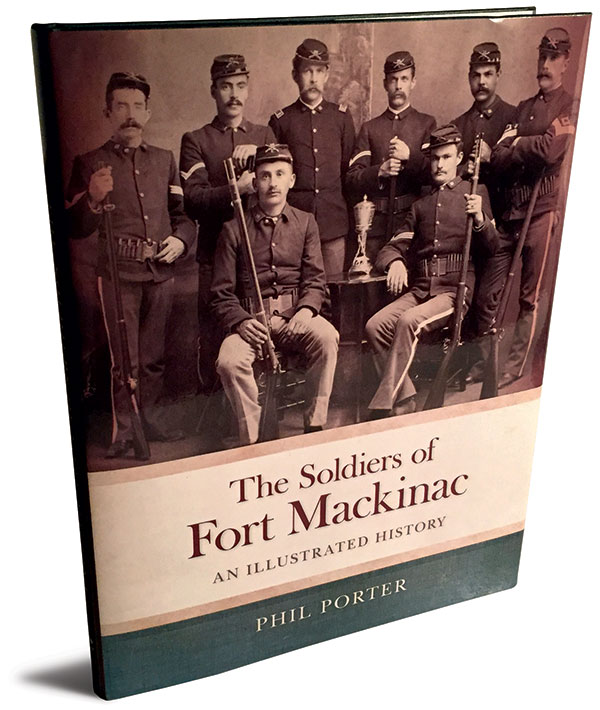 Portraits of all these officers and capsule biographies for each man are featured in The Soldiers of Fort Mackinac: An Illustrated History. The images form part of a comprehensive gallery of photographs, paintings and engravings of British and American officers at the fort during its 115-year history from 1780 to 1895.

A number of pre- and post-Civil War portraits are also featured, including an especially impressive circa 1891 group of cabinet cards of enlisted men.

The depth and breadth of the work is a credit to author Phil Porter. A Michigan native, he has served more than four decades on the staff of the Mackinac State Historic Parks in a variety of roles, including chief curator and director. Among those he acknowledged for their assistance are MI subscribers Will Dunniway, Mark Krausz and Dr. William Schultz.

Porter’s introductory essay provides an excellent context for the history of Fort Mackinac, and demonstrates his mastery of the subject.

Publisher Michigan State University Press invested in quality paper and color printing where appropriate, and employed a design aesthetic that emphasizes the art and photography.

No matter from which part of the country you hail, Fort Mackinac deserves a worthy place on your bookshelf.