Some of the finest writing produced during the Civil War derives from the diaries of those who lived it. Witness the vivid prose of South Carolina’s Mary Boykin Chesnut, the opinionated New Yorker George Templeton Strong and the quintessential Connecticut Yankee Gideon Welles. 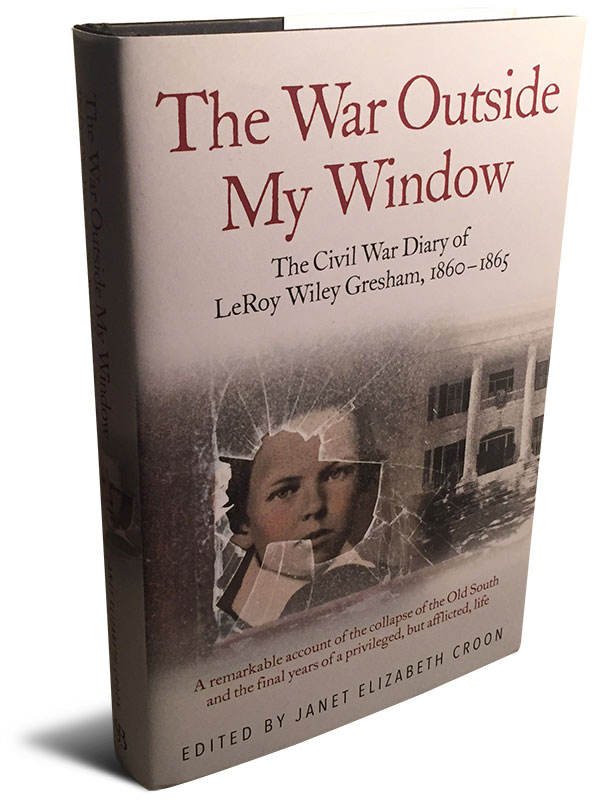 Just a few years ago, newly discovered writings of a young diarist offered another unique personal perspective on those turbulent times. The teenaged author, the victim of a terrible accident that left him an invalid, watched the world around him crumble as his health deteriorated. LeRoy Wiley Gresham of Macon, Ga., was born and raised in an America divided by culture, economics and politics on a scale seldom equaled in our history. A transcribed and fully annotated version of his thoughts and observations is now available in book form for the first time.

The War Outside My Window is the first volume by Janet Elizabeth Croon, an educator with a deep interest in Civil War history. She brings her skills as an editor and passion for the subject into play, as evidenced by well-researched front matter, notes, and an impressive medical afterward. I was not surprised by her thoroughness, for Croon has brought the same traits to this magazine on a freelance basis.

My Window follows Gresham as he experiences the war at first through newspapers and local townspeople, exuberant in their independence. Later, when the war arrives in Georgia, he writes of the harsh realities of “the clanking sabre and the tramp of horses” of federal occupation forces.

The final days and death of the Confederacy mirrors Gresham’s own demise, which occurred on June 18, 1865. His poignant story and the chronicle of a nation at war are worthy of a place in your library.