The genesis of MI began with two events in 1975 that had a huge impact for me.

The Warner albumen added the first large-format image to my collection, and provided me with identified subjects whose military service I could research. I’d always been interested in common soldiers, and the quest for information on the Warners convinced me that their pictures needed to be seen. My recollections are extremely hazy on this next point, but probably around 1977, I sent an article on the brothers to a major magazine, or perhaps just a query, which received a rejection along the lines of  “we do not cover this sort of material.” I thought, “Who does?” And, this led to my next question, “Why not me?” Ultimately, the Warners became the cover story for the first issue of MI.

Secondly, Frassanito’s unique analysis of the Gettysburg battlefield views showed that Civil War photographs possessed a great deal of information (and misinformation in the captions!) that hitherto had been overlooked. Frassanito’s rigorous photo sleuthing had no bigger fan than I.

Like Frassanito, I am a Vietnam veteran. My training as a photo analyst in air intelligence gave me a great appreciation of his near-microscopic attention to detail in period photos. Frassanito demonstrated a new way to look at battlefield images at a time when more and more collectors showed an increased interest in Civil War photos of all types.

In 1978, Frassanito’s second book debuted, Antietam: The Photographic Legacy of America’s Bloodiest Day. It grabbed me as forcefully as had Gettysburg. Frassanito’s Antietam continued his deep analysis of battlefield views, but also added a new and engaging element: vignettes of soldier participants. I cannot recall a specific moment when or if the Antietam book ignited a flare in my head, but it certainly contributed to my sense that the time was right for a periodical covering common soldier images. 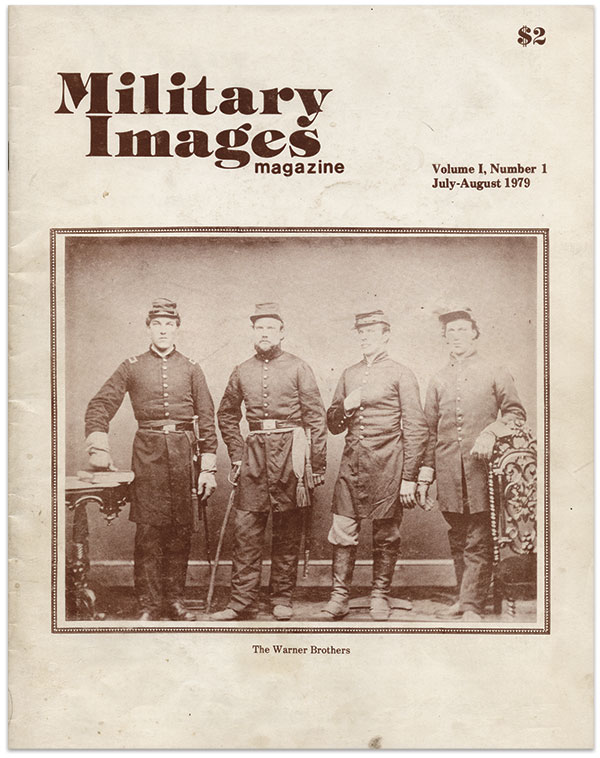 By 1978, I’d completed graduate school and was working at Valley Forge as a research historian for the National Park Service. I began laying the groundwork for the magazine on nights and weekends—lining up authors, photographing collections and enlisting subscribers. The first issue of MI was mailed in June of 1979.

The issue included an interview I conducted with Frassanito. We had not met previously, and I cannot recall who made the introduction; I will guess that it was the late Michael J. Winey, then curator at the U.S. Army Military History Institute at Carlisle Barracks here in Pennsylvania. Winey was highly supportive of my goals for MI and put me in contact with many collectors who would contribute hundreds of images for publication over the years. Frassanito must have been one of them. In any event, Frassanito’s work was so original and important that I considered it a real journalistic coup when he consented to the interview for the initial issue of a small magazine by a small collector. In my opinion, the interview was a great success. Frassanito’s comments on photography during the Civil War were very insightful, and the interview is as interesting and informative today as it was in 1979. It also offers an accurate portrait of Frassanito: intelligent, articulate, precise, methodical, and dedicated.

In subsequent years, Frassanito contributed several short analytic pieces to MI, usually related to Gettysburg images. He also served as a reality check when I succumbed to overly creative speculation about various images of unknown battlefield locations. And, although I did not always heed his advice, I always valued it.

I was a novice at magazine publishing, and that shows in the amateurish appearance of the first issue. The launch of MI was akin to a difficult home childbirth without an attending physician. Nonetheless, the unique content drew accolades from the initial subscribers, and with contributions from scores of collectors and writers, the magazine thrived, while the editor learned on the job. You could say that MI and I grew up together.

Notes: Both Winey and Frassanito were products of the Cooperstown Graduate Programs, New York State’s prestigious history and museum studies course, although they did not attend at the same time. The interview with West Point curator Michael McAfee in the March-April 1988 issue also is very illuminating on the early days of image collecting. Nine years after the launch of the magazine, he laughingly blames MI for the soaring prices of Civil War images.

Harry Roach is the founder of Military Images and served as editor and publisher from 1979-2000.

1 thought on “The Origin of Military Images”