The regiment posed for these group portraits at Camp Cameron in Washington, D.C. in 1861. The studio of Mathew B. Brady is believed to have produced them. They are part of the Samuel Crocker Lawrence Collection at the Medford Historical Society in Medford, Mass. Quotes taken from the History of the Seventh Regiment of New York, 1806-1889, by Col. Emmons Clark. 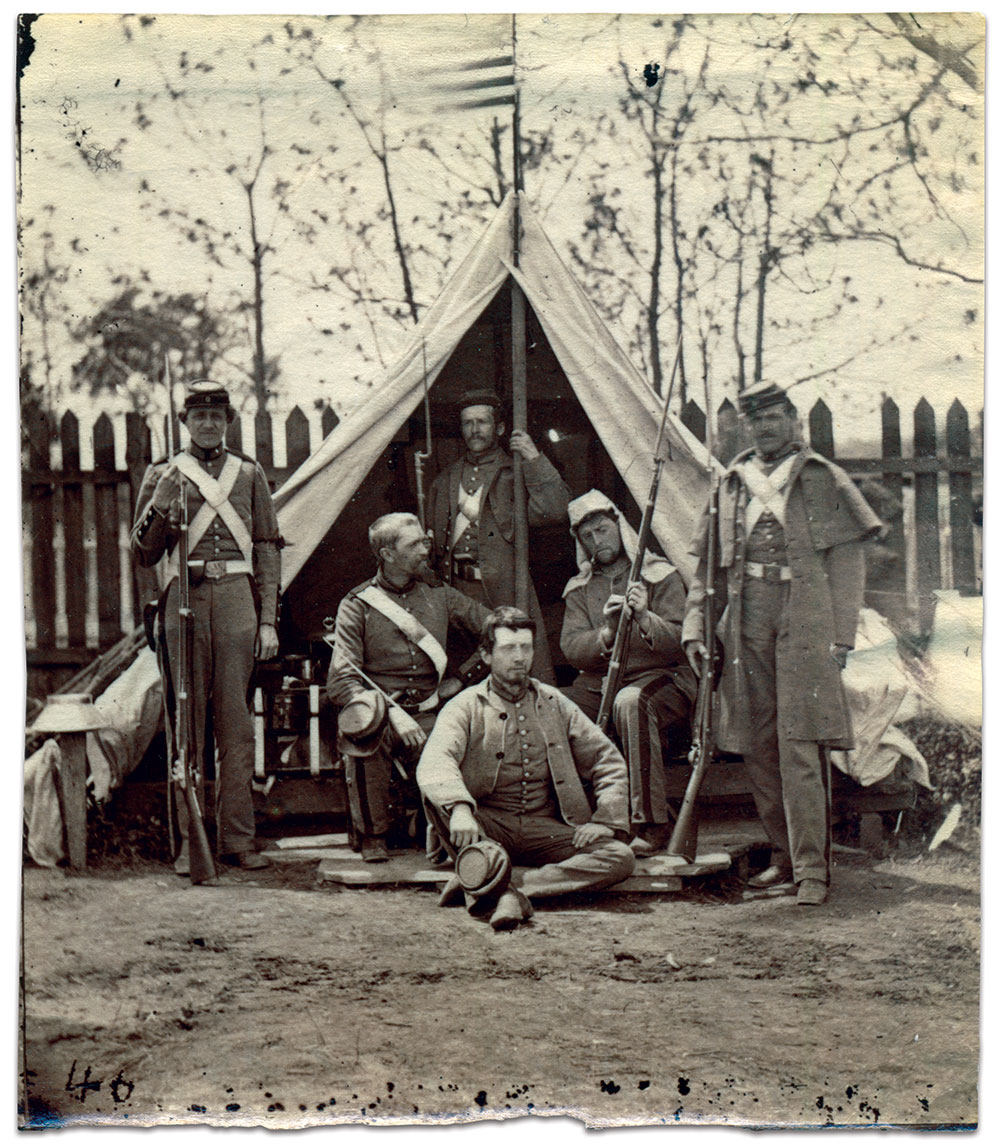 “Camp Cameron, named in honor of the Secretary of War, was situated on Meridian Hill, about two miles from the Capitol and one mile due north from Willard’s Hotel, on the Harper’s Ferry road. It contained about forty acres, and within its limited was the elegant old mansion of Dr. Stone, built by Madison in the first years of the century, and a favorite summer residence of many of the Presidents.” 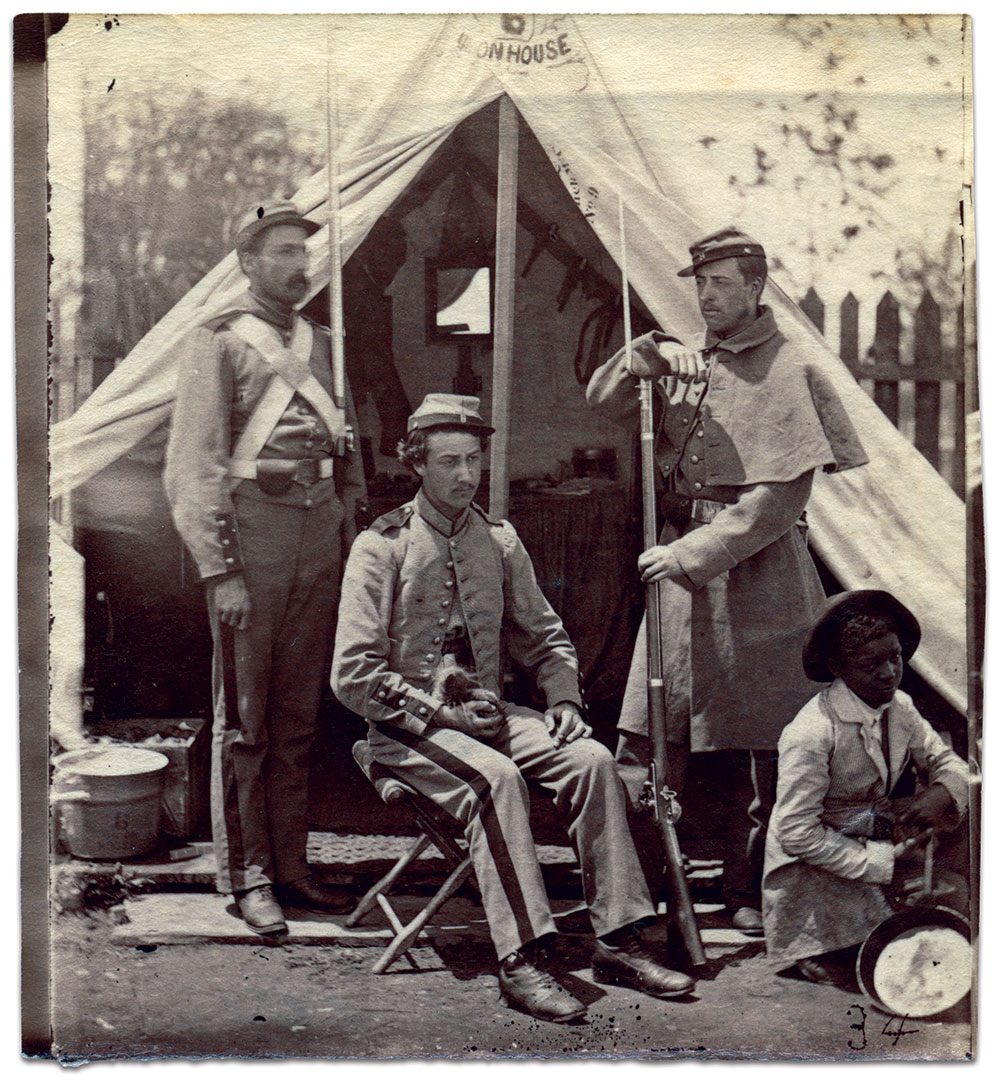 “Situated upon an elevated terrace, Camp Cameron commanded a view of the city of Washington, with its broad avenues and elegant public buildings; of the Potomac, stretching away like a beautiful lake to Alexandria, and of the famous Heights of Arlington, in Virginia. In front of the camp was a large parade-ground, which afforded ample room for the evolutions of the battalion. The Stone mansion was occupied by Colonel [Marshall] Lefferts and his staff, and the out-buildings were a convenient depot for commissary stores.” 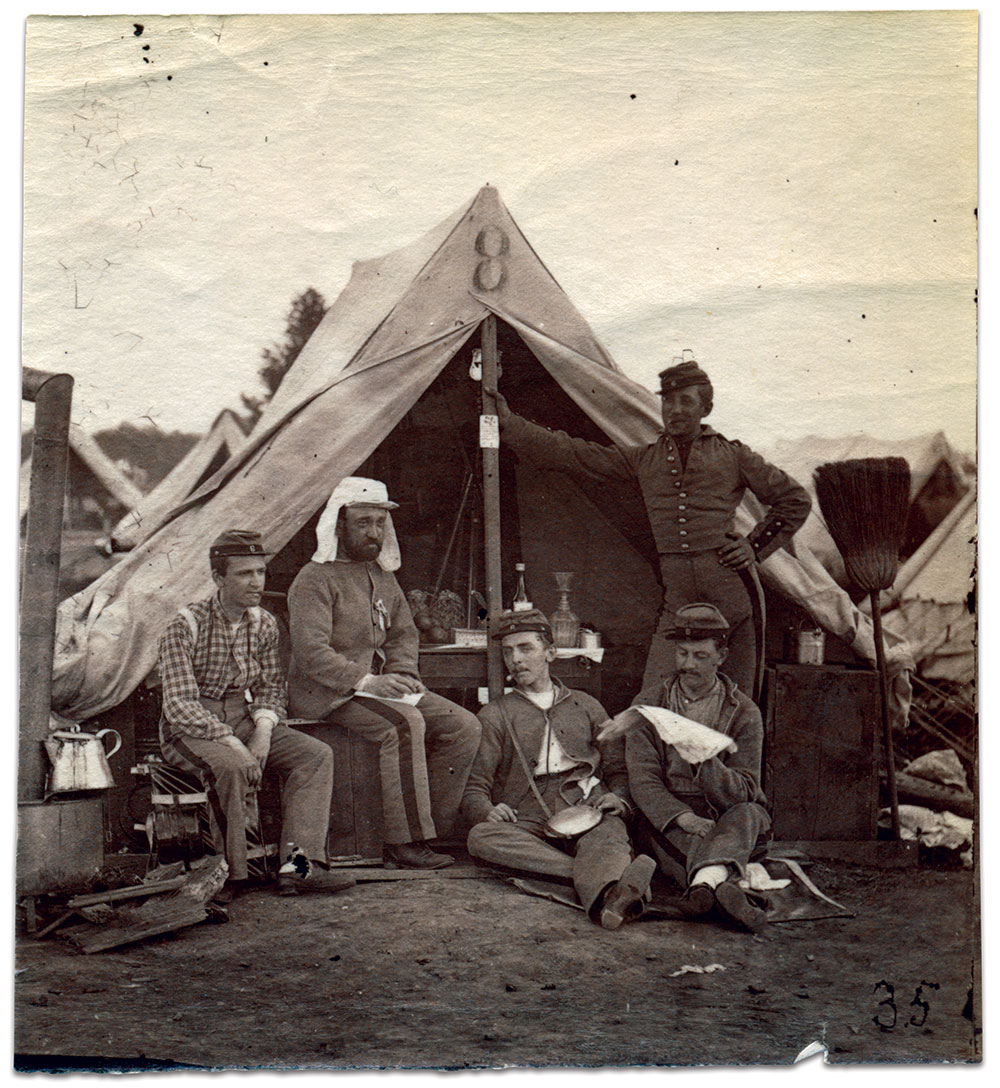 “Magnificent old oaks, veterans of the ancient forest, flourished on every side, and lent to the landscape wonderful beauty. As the Seventh Regiment was the first to seek a camping-ground, it is not strange that this, the. Most lovely locality in all that region, was selected; and it is a historical fact, well worthy of record and remembrance, that the Seventh Regiment was the first regiment in all the country to pitch its tents in front of the enemy during the great rebellion.”

The regiment posed for these group portraits near Harpers Ferry, Va., in 1862. The studio of Mathew B. Brady is believed to have produced them. They are part of the Samuel Crocker Lawrence Collection at the Medford Historical Society in Medford, Mass.