Francis Wadhams Davenport, dressed in an off-the-shoulder dress and with hands crossed, stares directly into the camera in a circa 1860 tintype. Her husband, George, sits next to her, his forearm beneath hers. He joined the 5th Vermont Infantry as a first sergeant after the Civil War began and rose to the rank of captain before his death at the Wilderness on May 5, 1864. A year later, Francis traveled to Virginia and retrieved her husband’s remains. 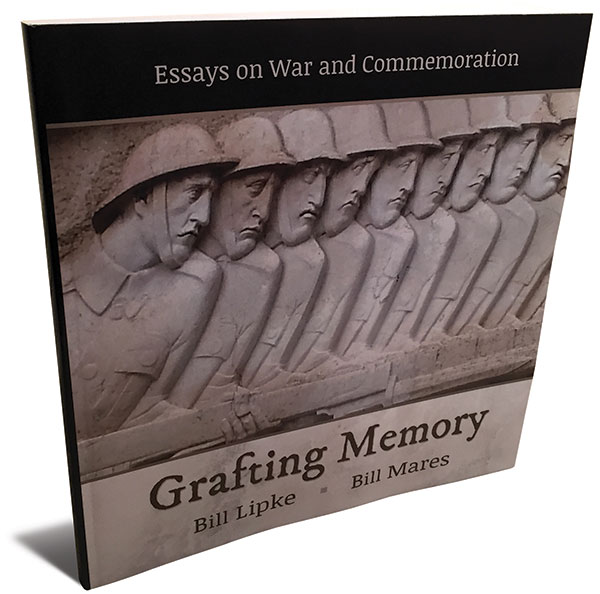 The poignant story of her journey, accompanied by a modern photograph of the Davenport gravesite in Brandon, Vt., appears in Grafting Memory: Essays on War and Commemoration by Bill Lipke and Bill Mares. Lipke, an art historian, and Mares, a photographer and history teacher, study a number of memorials and their back-stories. In doing so, they raise questions about how the monuments came into existence, and what they mean to us. Though the Civil War looms large in this study due to its staggering total of deaths and an equally staggering number of public and private monuments, other conflicts and countries are represented here.

The essays remind us that the memorials were the work of veterans and their families who needed to commemorate war as part of a larger understanding of human suffering. Moreover, these monument makers challenge us to contemplate suffering. In this light, the Davenport grave is far more complex than its simple stone obelisk.

One emerges from reading these essays with the firm understanding that these monument makers are indeed memory grafters. Memorials matter. They are as important to us today as they were to those who erected them.

Though Confederate memorials are not within the scope of this work, one will find food for thought as the future of these monuments are debated and decided.