The Model 1858 uniform hat, nicknamed the “Hardee hat” or the “Jeff Davis hat,” also went by the moniker “Kossuth hat,” so named in honor of Louis Kossuth (1802-1894), a man once celebrated across antebellum U.S., but hardly remembered today.

Kossuth was the democratic governor of Hungary during the doomed revolutions of 1848 in Europe. After Russian armies crushed his government in 1849, he fled to Ottoman Turkey. Offered asylum in Great Britain and the United States, he arrived in the U.S. in 1851. Greeted as a great champion of democracy and honored with parades, he spoke before Congress in an attempt to raise funds for a restoration of democracy in Hungary. Portraits of Kossuth typically show him in a brimmed hat, usually adorned with an ostrich feather.

A few years later, in 1855, the U.S. military adopted a uniform hat for new regiments of cavalry and, in 1858, for all branches of the service. This hat, the Model 1858, bore a striking resemblance to the hat by Kossuth. The new hat was informally named for the respected Hungarian statesman. Its other common names honored two men who went on to become Confederates: William Hardee, who served in the U.S. cavalry in the 1850s, and Jefferson Davis, who held the office as U.S. Secretary of War when the military implemented the first uniform hats.

The hats, worn by regulars and volunteers during the war, assumed a variety of shapes and styles. Evidence suggests Confederates converted them for their use. Union army “slouch hats” were actually Model 1858 hats worn without insignia. In the Iron Brigade of the Army of the Potomac, the men were known as the “Black Hats.”

No matter what it was called or how configured, the Model 1858 proved essential headgear.

MI Senior Editor Michael J. McAfee is a curator at the West Point Museum at the United States Military Academy, and author of numerous books. He has curated major museum exhibitions, and has contributed images and authoritative knowledge to other volumes and projects. The photographs reproduced here are from his collection. 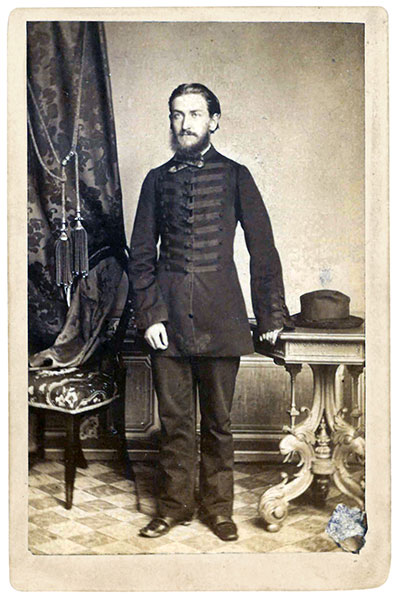 Louis Kossuth wears his touring attire, though his distinctive hat is without a feather. 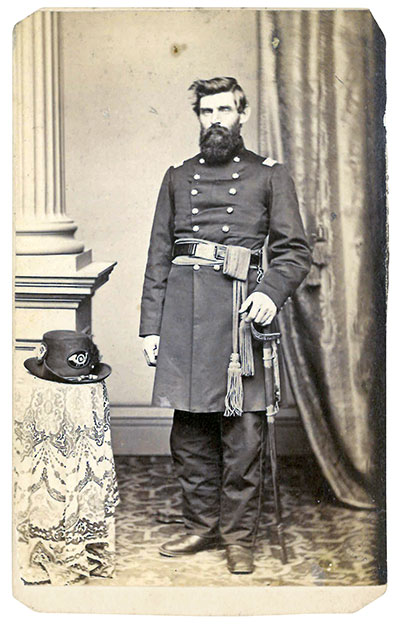 Lt. Col. John Kimball of the 15th Massachusetts Infantry displays his regulation uniform hat on the photographer’s table. It has the proper embroidered eagle side pin and feathers held in place with a knit rosette and button. 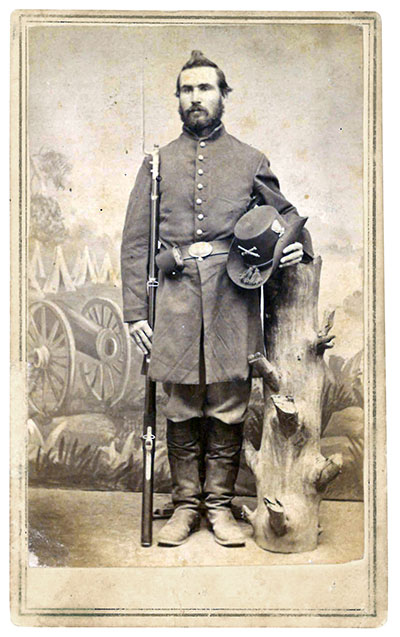 This artilleryman holds his uniform hat with the crossed cannon insignia, brass side pin and a barely visible feather on the hat’s right side. Because he is a foot soldier, the headgear is pinned on the left side so as to not interfere with the rifle musket’s manual of arms. 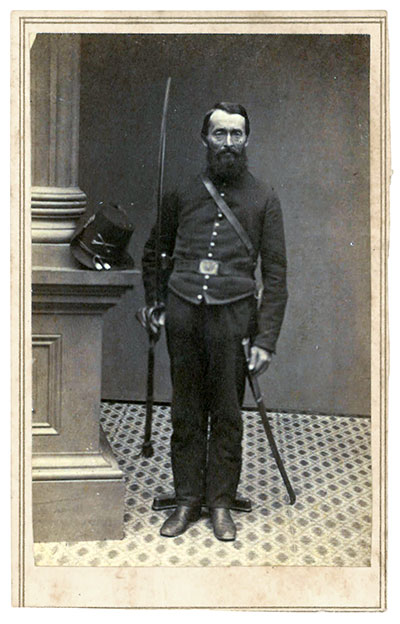 With his saber at his side, this cavalryman demonstrates why mounted troops wore their uniform hats pinned up on the right side. Note that only the branch insignia is used and a feather protrudes from the hat’s left side. 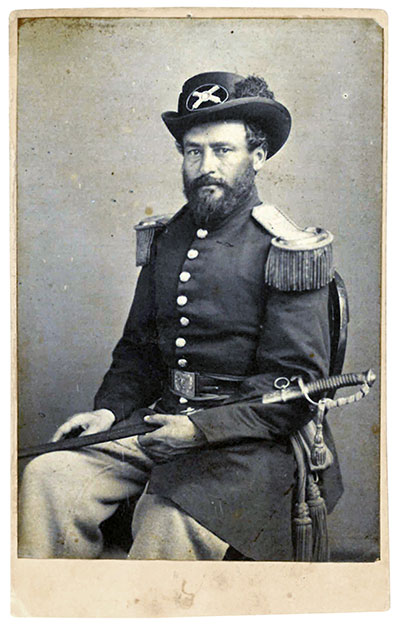 The hat worn by this artillery officer is an abbreviated style known as the “Burnside hat.” Its lower crown was often caved in for a more stylish appearance. 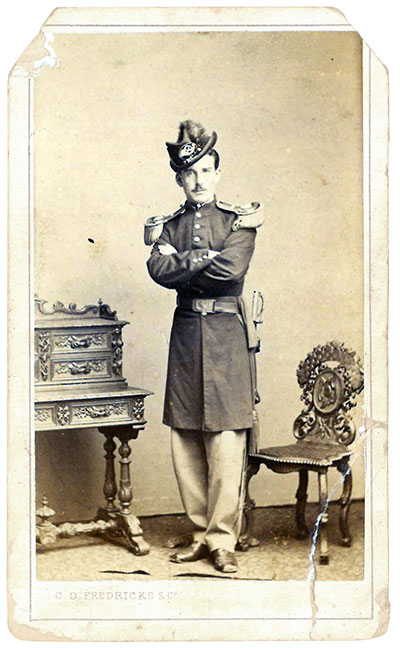 This member of the 14th US infantry wears a rakish version of the uniform hat popular with regular officers at the end of the Civil War and thereafter. 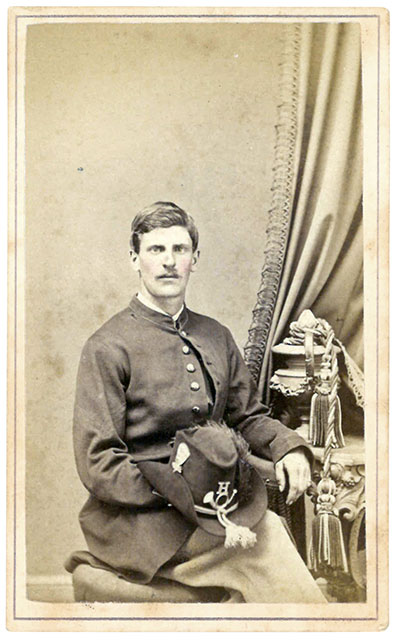 A regular army infantryman wears this version of the hat at the end of the war. He is identified only as “Mr. Fuller.” 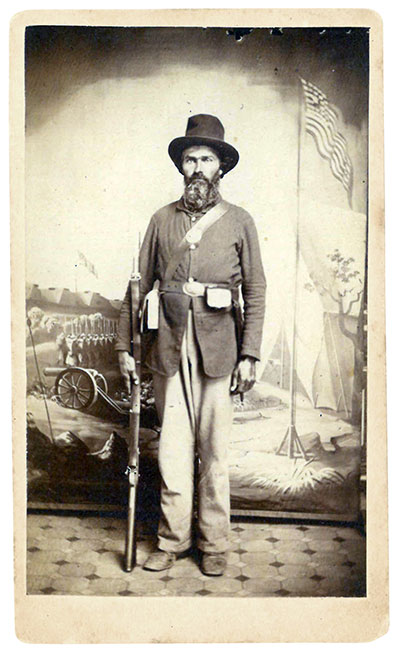 A veteran Union infantryman wears his uniform hat as a campaign hat. Note the lack of the lower button on his sack coat and the cap box worn to the left of his belt plate.