The death of Col. Harry Burgwyn at the head of his 26th North Carolina Infantry during the first day’s fight at Gettysburg is deeply embedded in battlefield lore. Less remembered is the officer who assumed command: John Randolph Lane, a man of humble origins who had risen from the ranks to be lieutenant colonel of his regiment. 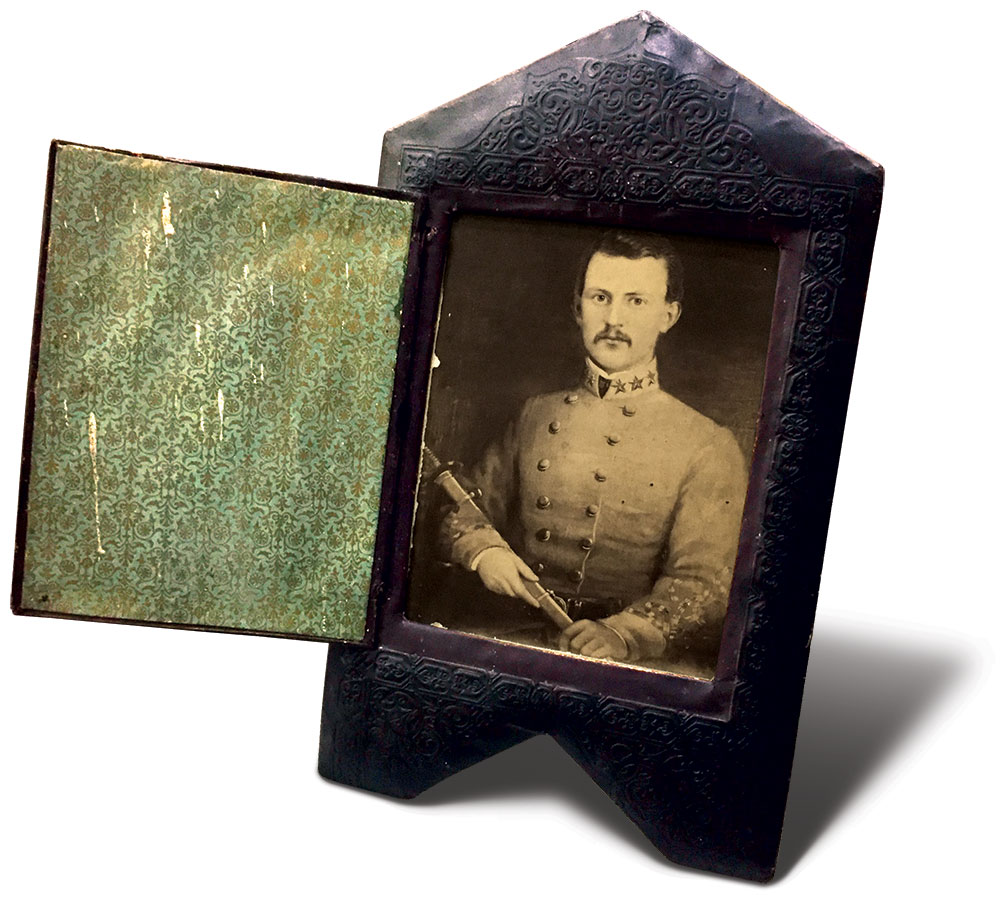 After Burgwyn fell with a mortal wound during the well-known attack against elements of the Iron Brigade on July 1, 1863, Lane knelt down beside his dying colonel to confirm his hopeless condition. Now in command, Lane hurried to the right side of the line and ordered his subordinates to “close your men quickly to the left; I am going to give them the bayonet!” He repeated a similar order to the other side of the line before returning to the center to find the flag bearer had been shot dead. Lane grabbed the colors and raised them with the cry “Twenty-sixth, follow me,” and advanced. Towards the end of the charge, a Michigander in blue spotted Lane and fired at him. The shot ripped into Lane’s neck just blow the base of the brain and tore through his jaw and mouth.

Lane survived the grievous wound and continued to lead his regiment through the remainder of the war, suffering four more battle injuries.

On Aug. 23, 1890, he received this gift—a portrait of Burgwyn—with this inscription: “Presented to Col. J.R. Lane, who succeeded to the command of the Regt, and who himself was dreadfully wounded while carrying the colors of the Regt after the death of Col. Burgwyn.”